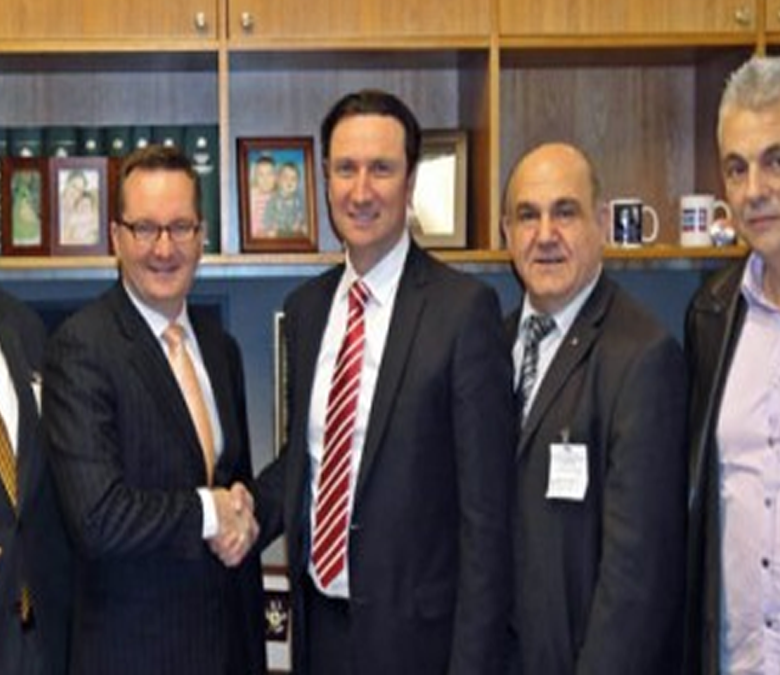 The “Speak Greek in March” initiative was conceived in Melbourne Australia in 2014 by Mike Zafiropoulos AM, JP in his efforts to encourage (grand)parents to play a greaterrole in the learning of Greek by their (grand)children.
Early in 2015 the following “leaders” of the Melbourne Greek community, representing organisations and individuals with an interest in the Greek language and culture met and resolved to form a steering committee, which would be responsible for the co-ordination of the campaign’s 2015 activities:

The objectives of the campaign were agreed, a strategic plan was developed and implementation of the work plan commenced. As there was very little time till March 2015 and no resources to start with, the Committee decided to embrace a modest set of activities in the first year of its operation, encourage schools and community organisations to devise their own activities and took advantage of Melbourne’s Lonsdale St festival, which took place on the weekend of 14 and 15 February 2015 to promote the campaign.
The Committee resolved to launch the campaign on 21 February 2015, which is recognised by UNESCO as Mother Tongue Day.
Local publicity quickly spread all over the world and a number of overseas Greek communities expressed an interest to emulate the campaign.